Marble monument to Lord & Lady Foley and their 5 children; by John Michael Rysbrack; 1735; one of the tallest funerary indoor monuments in Britain

Extensive surface and structural treatment was undertaken on this vast marble monument and its base. The aim was twofold, to clean the monument & repair damaged areas as well as reinstate the original colour of each type of stone used on the monument.

The surface was heavily soiled. The cleaning was undertaken in stages to ensure complete and even cleaning result. Areas containing staining, splashes and other discolourations required further treatment in the form of poulticing.

The engraved lettering of the three engraved marble plaques was also cleaned. After cleaning, the lettering required in-painting in order to reinstate the sharpness of the letters that has been lost overtime.

The dark colour of the obelisk and of the sarcophagus has blanched (became pale) over time and required reinstatement. This was a very delicate and systematic process as it was crucial to execute it evenly across large areas of stone.

Pointing in the joints among some of the stone sections was damaged or missing. All joints were checked whether they were structurally sound. Any loose & damaged pointing was removed and all areas of missing pointing were re-pointed using appropriate lime mortar mix.

Small cracks were filled and in-painted to prevent dust and dirt accumulating in them over time and making them more visible.

Excess of an old discoloured adhesive from around the finial of the urn was carefully removed.

A damaged corner section of the green marble (Verdi antico) was repaired. This section was repaired in the past and became loose during the treatment. It consisted of 9 interlocking fragments. After adhering the sections together, the whole piece was attached back to the monument. Due to a large size of one of the fragments, two small stainless steel dowels were inserted in order to fix the broken section firmly to the monument. Small areas of missing stone were filled and in-painted to make them blend in with the surrounding area.

After a uniform clean surface was achieved across the whole monument and after the stone was allowed to dry thoroughly, a protective layer of wax was applied to the monument. 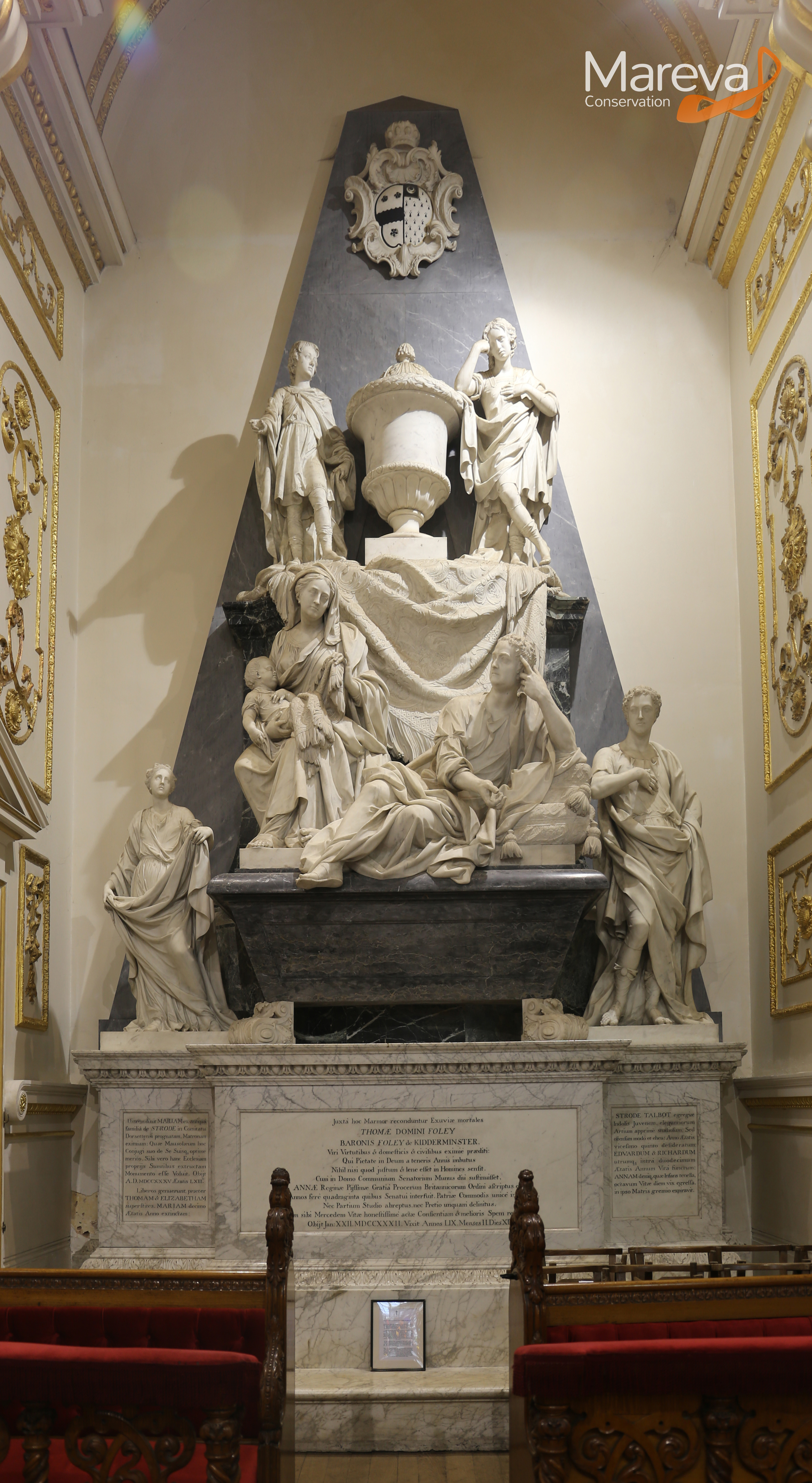 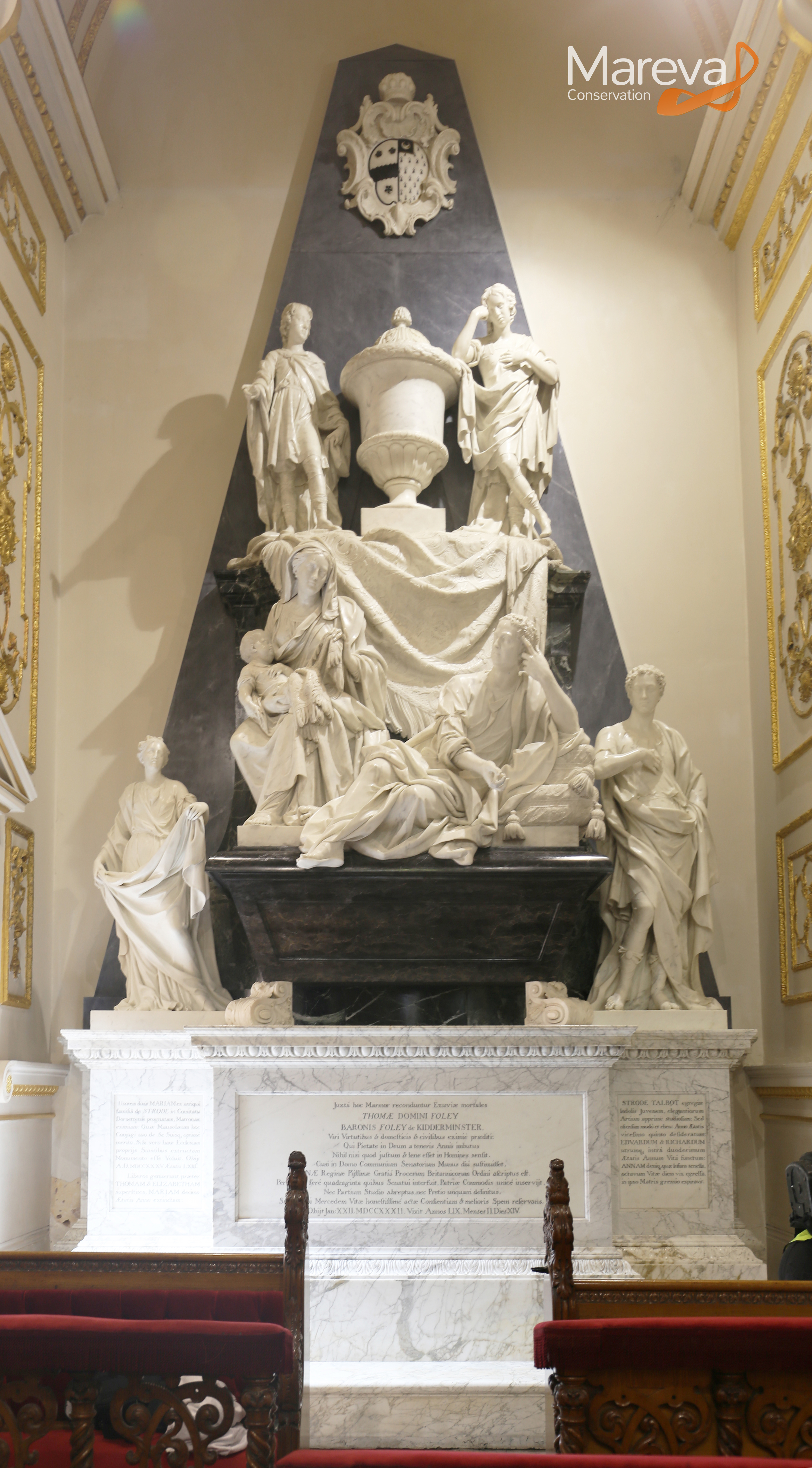